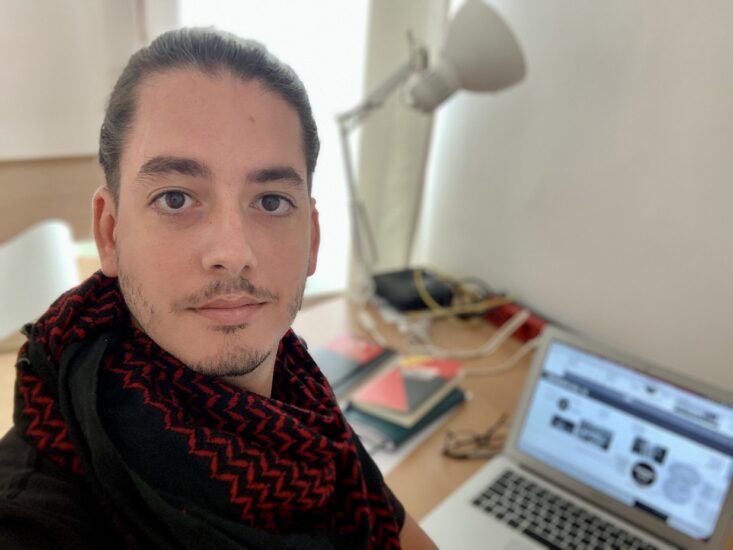 Miguel González Cabezas (b. 1992 Alcalá de Henares (ES)) is a multidisciplinary artist and researcher. MA in Critical Studies from the Academy of Fine Arts of Vienna in 2018. His research and multidisciplinary art projects evolve around processes of social transformation, migration, power structures, and representation.

In 2015 he organized the I Young Art Conference in CyL at the Da2 in Salamanca and participated in the II Encuentro de Artistas en Red de Cacabelos, León.

He has completed a Module-Residency at UNIDEE, Pistoleto Foundation in Biela Italia (2017); He participated in an Erasmus + for young entrepreneurs in Åle Kommun, Sweden (2016) and artistic residencies in Art House Messen, Alvik, Norway and Konstepidemin, Gothenburg, Sweden (2014).

In collaboration with Mirjam Bromundt he has recently published in Wespennest magazine no. 171: “Back to the USSR” that analyzes the media discourse after the October revolution and the Movement of the Indignados in Spain. He has also published in the book “Border Thinking. Dissasembling Histories of Racialiced ​​Violence ”about the outsourcing of the southern border of Europe and the role of the Spanish State in this process, edited by Marina Gržinić and published by Sternberg Press in 2017.