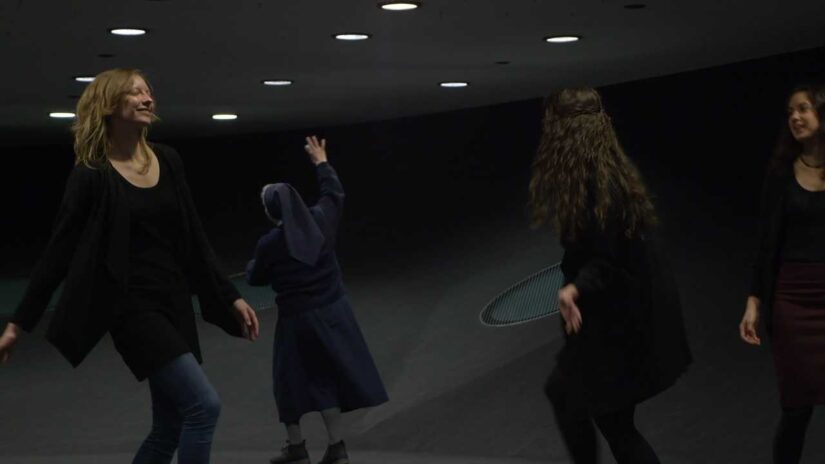 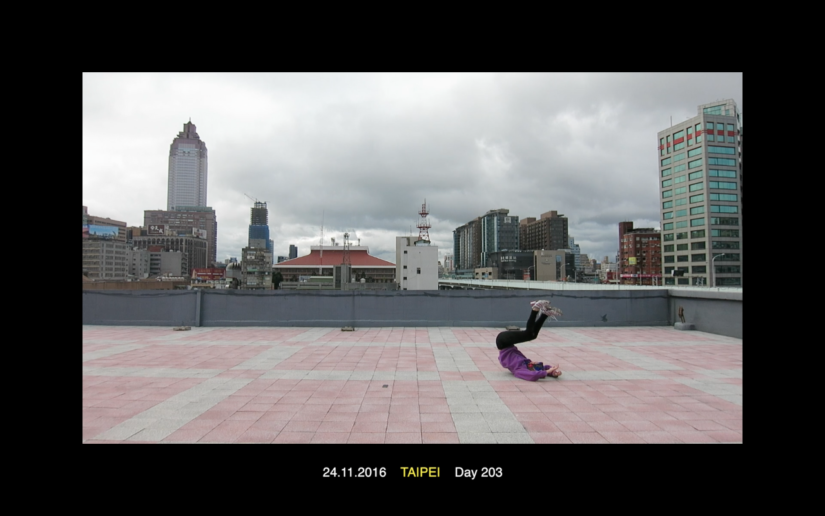 How can we be together when community is invisible? Can we be together despite the established differences and instrumentalization of relations? Where can we find the collective within the nomadic, precarious, and individualized way of living dictated by being constantly overworked? Is it enough to share our screens or do we need a place to meet? Taking these questions as points of departure, the international group exhibition At Some Point We All Have To Dance explores the potentiality of encounters of heterogeneous positions that have yet to invent their ways of co-existence. Thus, it approaches Barthes’ definition of an idiorrhythmic relation with the community, which allows for co-existence of different rhythms of life, without the need for mutual synchronization, yet with recognition that we are together.1 This is why the show takes on the title of the work by Maja Bekan, since dancing is a metaphor for community in which individuals have different rhythms and positions. Community and common performance become means of learning, which opens the possibility for change in a wider social-political context. The presented works test new principles of meeting through movement or manual labour, by observing traditional rituals, or by focusing on conversation as the central tool for bringing together diverse positions. The works underscore the action and participation of everyone in forging common bonds, while also remaining aware of the importance of withdrawing into isolation.

The artists Nina Kurtela and Hana Erdman respond to the precarious and nomadic way of life by developing a dance dialogue to create a space of belonging. In reaction to their constant work-related travels, they agreed to search for their own way of co-existence by creating a shared choreography what would last one year. They exchanged videos of short dance routines daily, sending them to each other from the various places where they lived or stayed. From Taipei to Los Angeles, the artists follow the framework of eight bars, with rhythm established by a metronome, and the last pose of a routine is always the first pose of the succeeding one. The work 365 Routines (2017) is an attempt to maintain continuous communication despite the physical distance; body movement represents an imaginary shared space.

Bodies joined in a group choreography are also at the forefront of the work by Himali Singh Soin. Shot in Sri Lanka, the video shows a group of Buddhist monks wrapping a stupa, at full moon, with coloured fabric that represents the layers of life. As they occasionally slow down, pause, rest, and resume their movement, they create their own rhythm as a special devotion to the place of worship. “What happens when we wait for the fabric to wrap around? Can we dream collectively?” the artist is wondering. As a counterpoint to the Buddhist ritual, the artist depicts a creature from the future, wrapped in a thermal blanket, in a process of its own transformation. The work Ritual Telepathy at the Relic Chamber (2019) is steeped in meditative sounds that the artist found, among other sources, in sonic tools for improving the quality of sleep. Thus, sounds establish the link to collective dreaming.

What is the relation between a modern subject and spirituality, or is it still needed at all, is the question posed by the nuns in the video At Some Point We All Have To Dance (2018) by Maja Bekan. In the film, we can observe a conversation between a group of nuns from Graz, Austria, and employees at the department of education at the Joanneum Museum of the same town. While viewing works of art, the group discusses the importance of representation and its effects, feminism, spirituality, and common points of the institutions they belong to, and which are committed to a higher cause. The artist uses meeting as structure through which she explores the potential of community. She is particularly interested in collective intimacy as a tool of social and political transformation. For the artist, the space of collective intimacy is a space in which new forms of knowledge appear. To her, performance is a space that is created not just as an aesthetic category but also as a form of political power.

In her work Din-din Din (2018), the artist Vidha Saumya investigates the social dimensions of the artistic system and the experiences of marginalization of the non-Western in the West. She embroiders dialogues and faces onto napkins, as she wonders what kind of facial expressions are created as one talks about art. The embroidered faces are gender-neutral. She is particularly interested in the conduct of a subject when taking part in such discussion. She develops fictitious dialogues based on existing texts, curators’ statements and interviews, or social media content. The napkins evoke the sense of a common meal, or a feast, that we could expect after an exhibition opening and which also creates a space for discussion. Although the napkin is a foreign object to Vidha Saumya, it becomes almost a damper in the context of her work, which can alter the direction of a conversation, or acts as a buffer when the conversation becomes intense or artificial.