From Double Space to Europa Conamara – A Selection from the CSU Permanent Collection
12. 6.—30. 8., Gallery of Contemporary Art 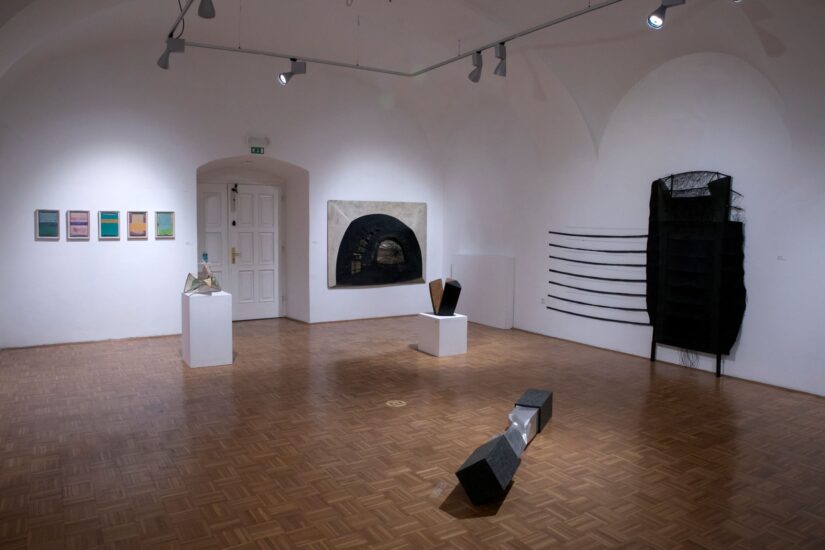 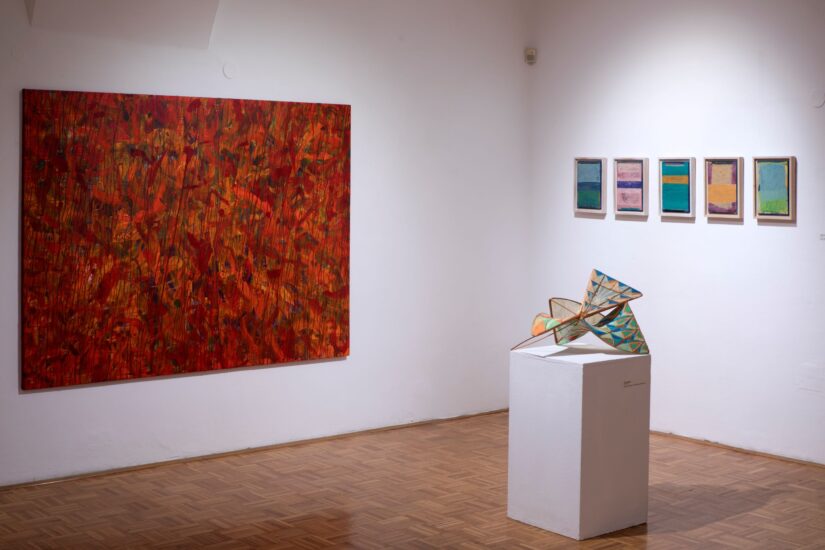 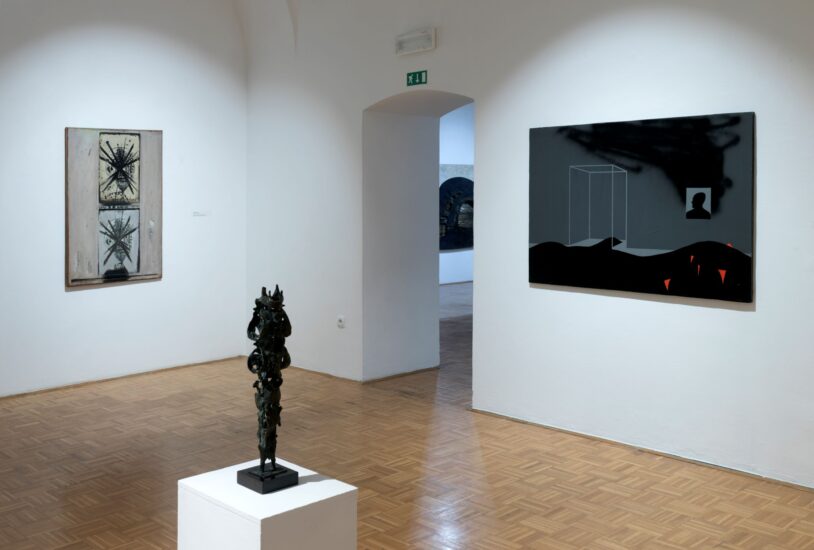 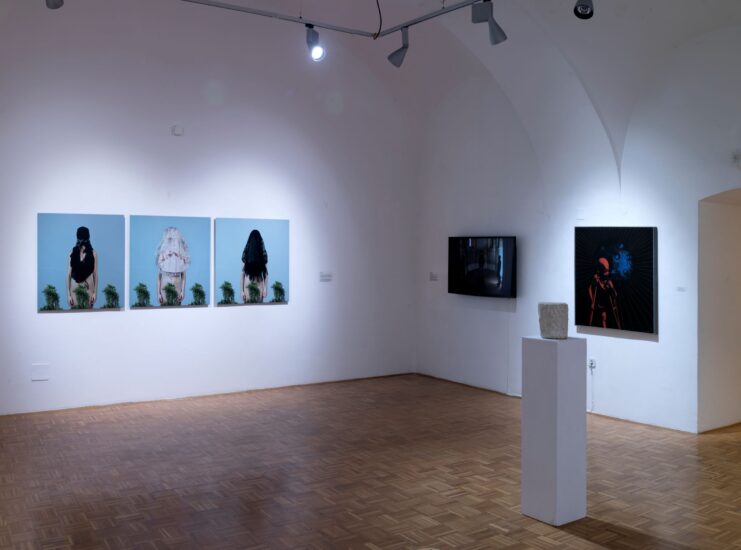 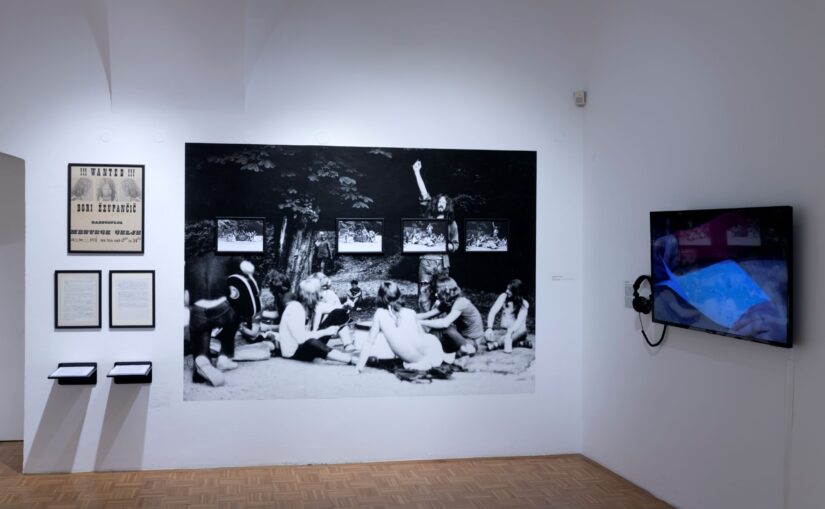 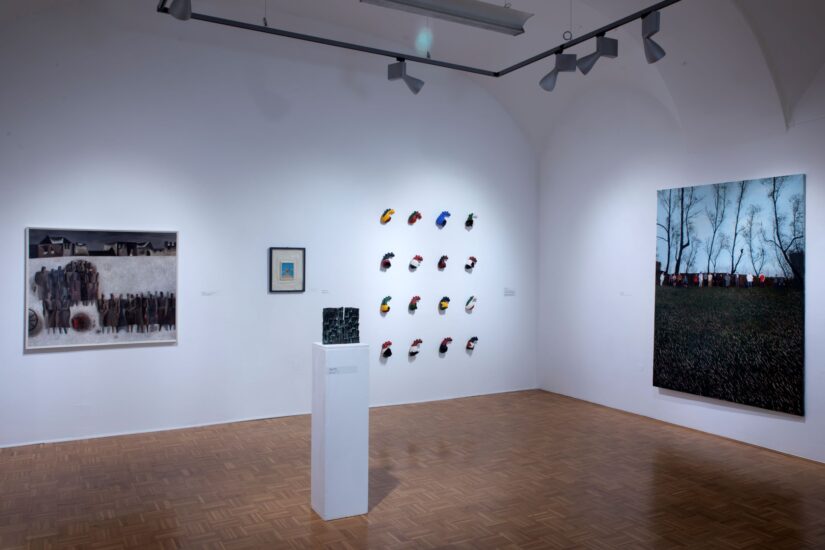 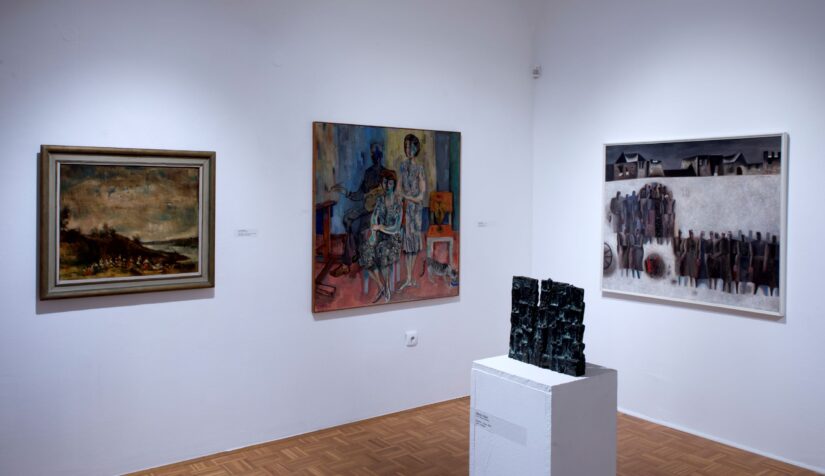 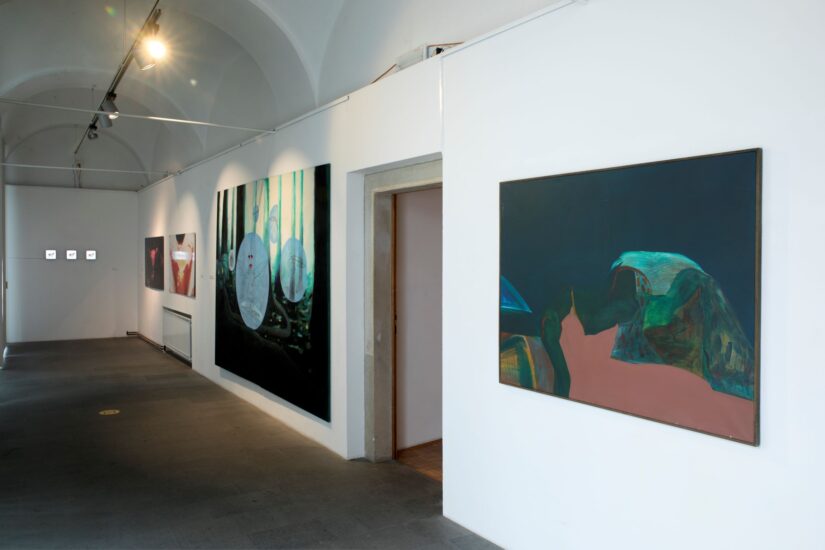 This selection from the permanent collection of the Center for Contemporary Arts (the last presentations of the collection were in 2013 and 2016) focuses on a dialogue between the works created in the time span from 1956 to the present day. As the collection lacks many works that would significantly represent an individual decade – with the exception being the contemporary creativity of Celje, which is most continuously and richly represented with annual acquisitions since 2006 – the exhibition, instead of being a chronological overview of events in art, presents a juxtaposition between older and more contemporary works that, despite different ideological starting points and visual approaches, have similar information to convey. Ultimately, such a set-up was also produced because it offers interesting comparisons, but above all, because it highlights the universal nature of the language of art, which has the capacity to speak out even completely beyond the frames of time.

The exhibition is generally dominated by paintings, followed by photography, video and sculpture, divided into abstract and figurative works. It begins with a set of abstract works, from Double Space by Rudolf Kotnik from 1972 and Painting No. 11 by Tanja Špenko from 1981 and their research of non-painting materials and the materiality of painting, to the language of colour in The Aggressiveness of Light by Silvester Komel from 1973 or in the painting 4.1.2007 by Tomaž Gorjup from 2007. These works are followed by figurative works. To begin with, a set in which flatness and the use of line, linear mark-making or drawing predominate in painting, from the expressive Blow to the Face by Marij Pregelj from 1965, the accentuated impersonality of the painting “2” by Zmago Jeraj from 1971 with its outline of a head which appears as a template, to the allegorical figuration and grace of the work Untitled by Konrad Topolovec from 2009. What follows is a space in which we are faced by the returned gaze from most of the works, either self-portraits or works whose protagonists are the artists themselves. Nikolaj Omersa returns the gaze with a penetrating look and colourful realism in his Self-Portrait from 1956, and Ana Straže, with a hidden look obscured by pieces of clothing from everyday life in the Garden of Eden series of photographs from 2013. The fourth set and the space that discusses connection, association and community, presents an encounter with groups of people. With Maksim Sedej’s clean-cut and calm Family from 1964, the acquaintances and friends of Dalibor Bori Zupančič, who exhibited The Town of Celje in 1973, and this year highlighted the usual form of social control back then in an “update” and intervention into the documentary photograph created at that time, or with the photographic portraits of residents in the apartment block at Kajuhova 11, a work by Tomaž Črnej from 2011. In the last, smallest set, the exhibition focuses on the thematisation of the body and the physical. It begins with a playful transition between the abstract and the figurative in the painting Dialogue by Vida Slivniker Belantič dating from 1973, in which a naked female body almost imperceptibly outlines itself in front of us, and ends with two enlargements of the intimate parts of the female body in dimensions that almost obscure the motif in Moon and Europa Conamara, two photographic works by Rajko Bizjak from 2016.

The collection of the Center for Contemporary Arts includes around 380 works from the Slovenian and Celje art scene. It began in 1963 with the establishment of Likovni salon. Until 1980, the collecting policy was mostly tied to the exhibition programme (a piece of art was purchased with every exhibition) and to the creativity of the entire Slovenian arena. After 1980, its focus shifted mainly to the acquisition of works by artists that significantly mark the creativity of the local Celje area.

The exhibition presents the following artists: