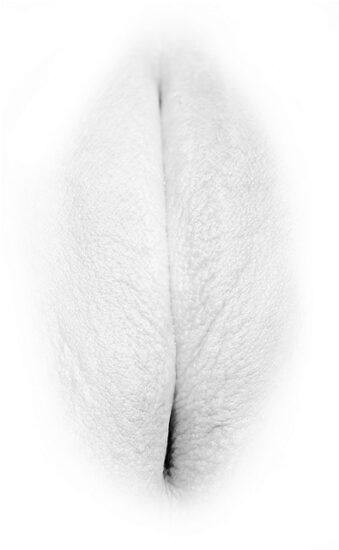 Evolution, the title of the exhibition, in which Rajko Bizjak places recent and older works into a dialogue, offers a number of considerations, including the author’s relationship to the photographic series produced to date. The body and corporeality represent the central position in his creative work. He uses them to address particularly sexuality, desire and pleasure, social and moral constructs and prohibitions, the comparability of man and the universe. But the main guiding principle of his photographic gaze is exploration. How to look at the things that we usually only see in a certain way, in a different way. In the breadth of three decades, his photographic series speak about the external and the internal, about the distant and the nearby, about the intertwining between the conscious and the unconscious, familiar and foreign, about the similarity of patterns and structures found in nature, the body, the universe. His work is at once the depiction of beauty in the sense of pleasure, and the attainment of an uncomfortable and anxious feeling. He finds beauty in the female body, like in the Hommage a Eikoh Hosoe series (1991, referring to the cultural differences in defining pornography), and achieves the effect of discomfort particularly with total closeness as he brings the gaze at and into the female organ so close that it turns into a foreign, unknown, almost scary scenery.  Bizjak plays with the viewer’s knowing of what he is actually seeing, with a similarity between the forms in nature and parts of the body, reaching the pinnacle with the photos inside the body, as in the series Stardust – Incarnation (2007). With his latest piece, a large photograph entitled Evolution (2016) derived from Michelangelo’s depiction of the Biblical Genesis and the main scene of The Creation of Adam in the Sistine Chapel, with all the meanings and associations that it triggers, he rounds off the stories of the series produced so far. Contemplation on man and creation, desire and pleasure, prohibition and control (as a tool for the existence of the system) is connected with the idea of God, its meaning along with all the scientific discoveries and astounding theories, with the question of whether the contemporary subject still needs God, where is the driving force of humanity, history and progress.

Rajko Bizjak (1963, Postojna) graduated in 1990 from the Academy of Dramatic Arts in Zagreb, majoring as a film and television cameraman. He works as a cameraman and photographer and is a lecturer at the Academia Maribor Vocational College, FAM Faculty of Media in Ljubljana, School of Arts in Nova Gorica and the VIST Higher School for Photography in Ljubljana. His works are held in national and international collections. He lives and works in Ljubljana.