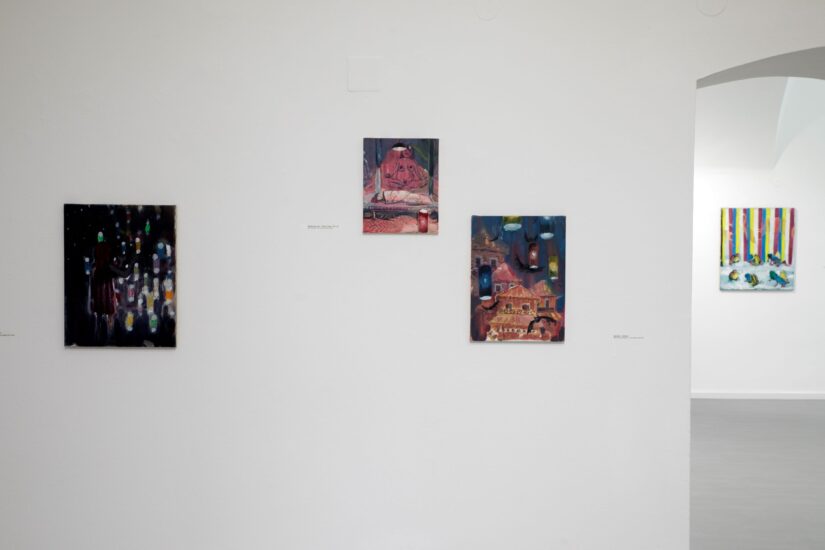 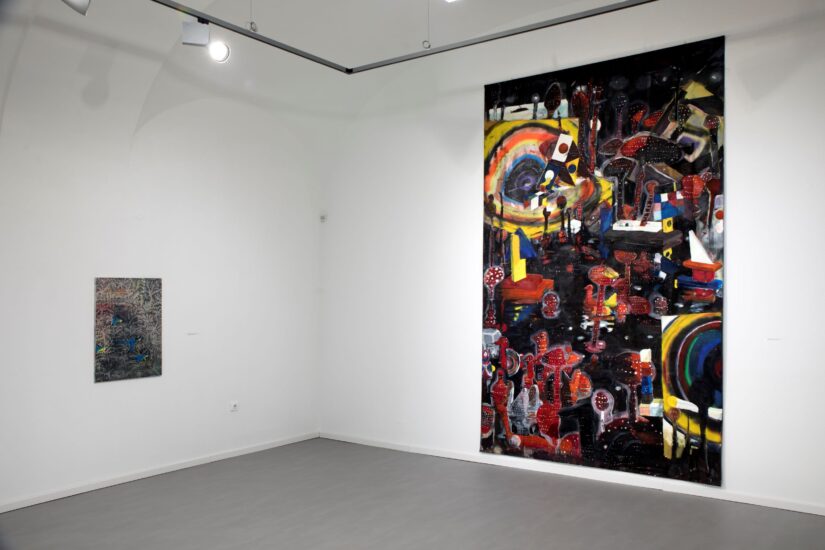 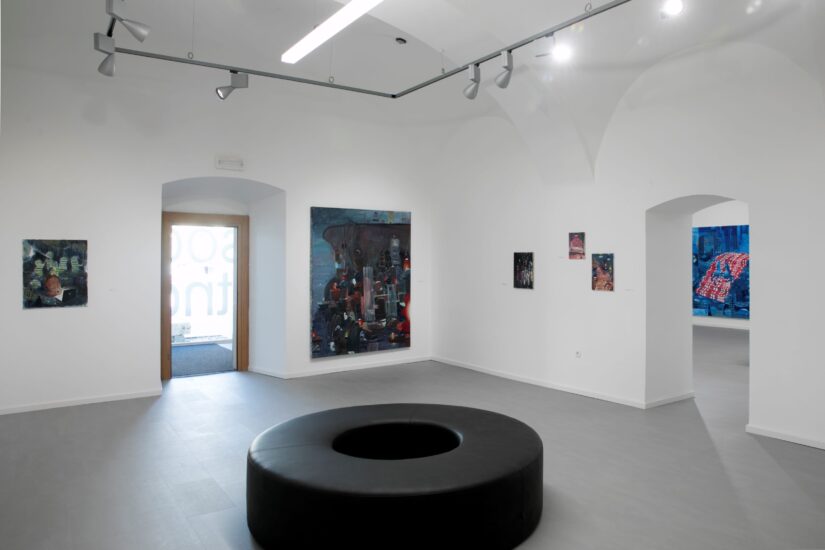 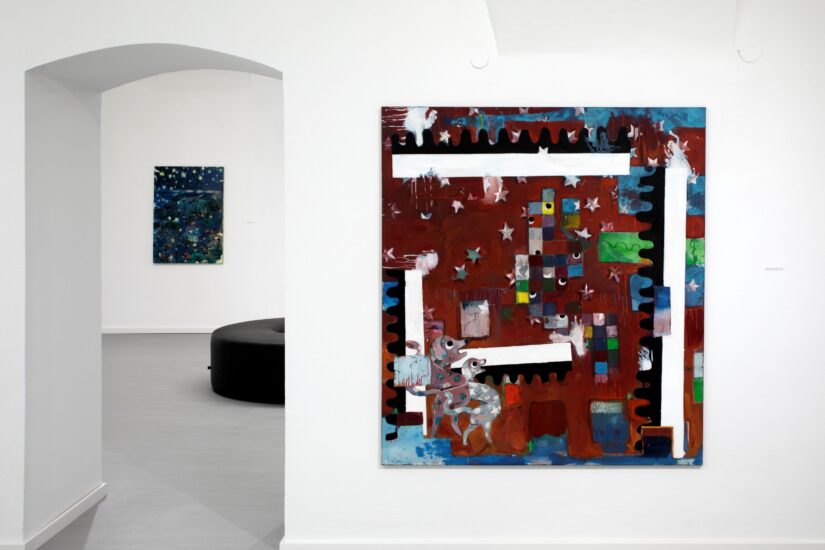 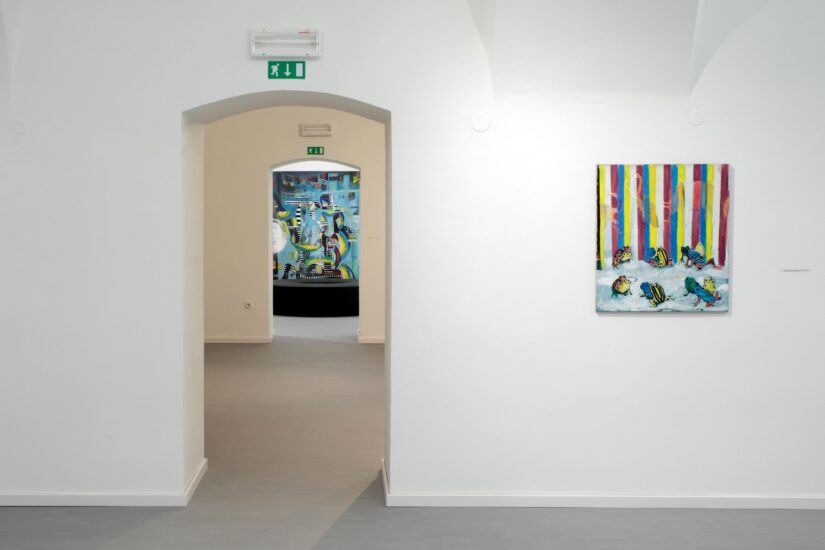 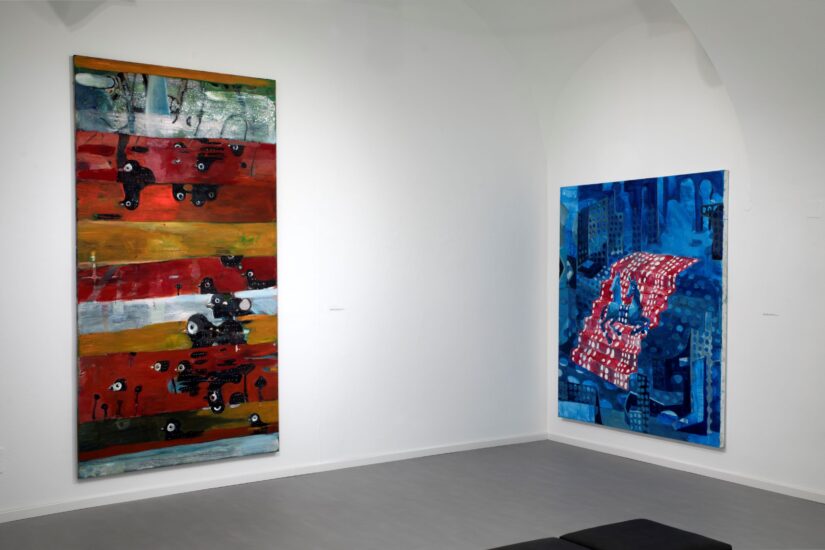 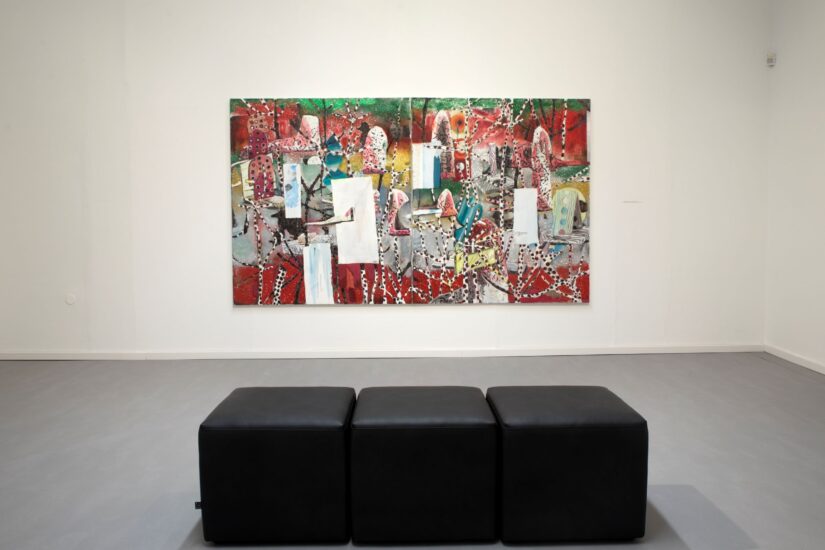 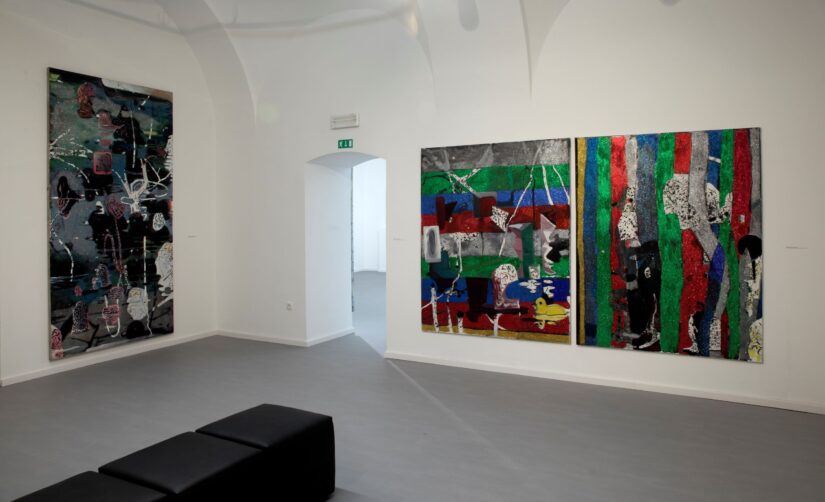 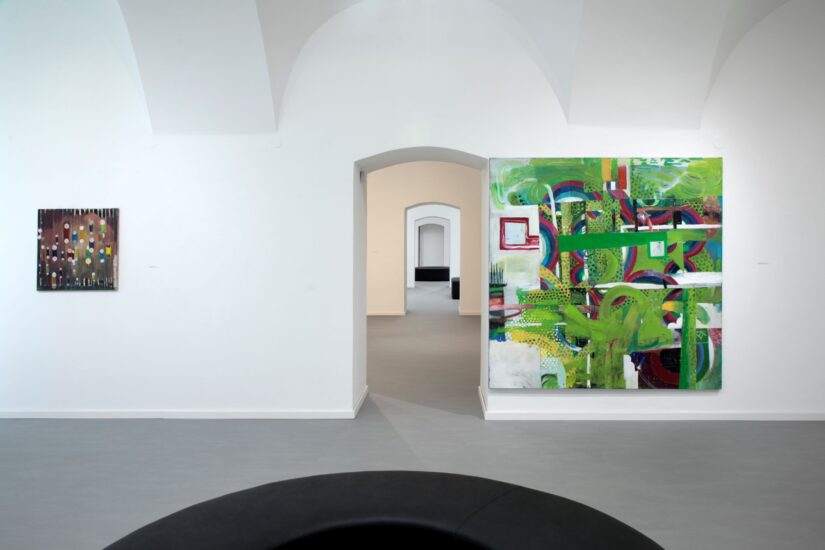 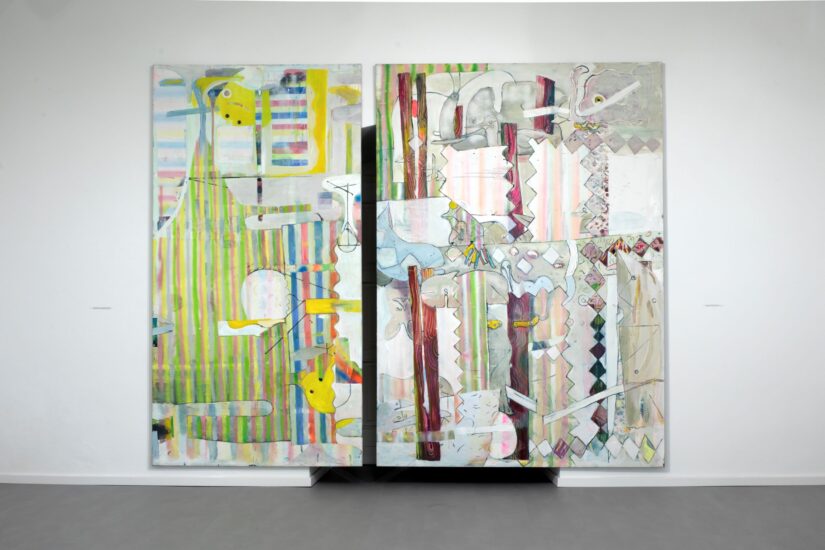 Ficko’s paintings invite us with their usual richness of detail to compose a story, which nevertheless always remains elusive and open. It seems more palpable to follow the flow of metaphors, associations and symbols that his works always offer in abundance. More than anything, they seem like scenes as experienced in dreams; it would seem especially enticing to read them as manifestations of the unconscious, as a mixture of the artist’s inner states, even though dreams can only be deciphered and understood by their dreamer and the universal archetypal subject matter of ancient ideas, conceptions and experiences that are part of all of us. But beyond the recounted, his painting is characterised by a special atmosphere that permeates all of his works, which is anchored in an unusual effect when – especially in the older works marked by a kind of haziness – it seems that the image takes shape before our eyes and at the same time disappears completely, but is nevertheless caught in a floating stillness during this in-between moment of transition. Precisely this is what embraces completely. To such an extent that it could easily seem as if, even though we are here to give meaning to the existence of the paintings, we were actually disturbing their silence; and as if they were leading their own lives – with no need for us as viewers whatsoever.

With his new production, created in the last three years and presented at this exhibition, Ficko maintains everything that is essential for his painting. Both the specific atmosphere and the commitment to the metaphoric and symbolic when, as always, he returns to the language of ideas that are not only harder to imagine but also harder to understand, since they more often than not cross the line of what we find ordinary and familiar. In his images, he maintains the mysterious, the events that otherwise stretch to this world through their individual elements, but settle in much more sensitive spaces, imbued with a different pulsation, through the effect of the whole; he maintains an atmosphere in which everything merges with something immaterial and more permanent that does not change with the times. The difference is in the formal approach. But then again, not always. New, altered approaches to the build-up of the painting as well as a return to those of the past are typical of the works on display, also and perhaps above all through the reworking of the older paintings – a kind of circularity that extends both forwards and backwards. The sequencing and interweaving of vertical and horizontal bands and the inclusion of a vast variety of shapes, the creation of many planes and in-between spaces as well as the rapid movement between them, the use of more intense colours and more contrasting colour relationships, makes the treatment of space in the paintings, which represent an interweaving of the figurative with the abstract, different. The paintings are increasingly flatter but with extremely dynamic goings-on between foreground and background, full of rhythm, whereas the many narrative fragments from before step back and also sometimes become condensed into just one or two figures. With some, the abstract begins to dominate, so it is easy to note that the artist’s expression is heading in a new direction, especially as small-scale compositions of pure abstraction also appear in his new production. Characteristic of others still, is the dynamism and structure of the older paintings, with muted and predominantly diluted colours, with an accentuated narrative that promises a story, and with a space in which phenomena seem to emerge from the dark depths. This circularity, which embraces both the new and the returning, is also reflected in the motifs when we encounter new scenes wrapped in an even more pronounced atmosphere of stillness and harmony, or scenes that have already been seen in his work but are again treated with a certain degree of difference, that sometimes possess an almost dramatic atmosphere. It also manifests itself in the use of new or regular figures, which appear and reappear through most of his art practice.

In Ficko’s new paintings, in which, as usual, he springs from a personal perception of the world and personal experience, he refers, as in his earlier works, to a reality that could be described as the real coexistence of several worlds and several levels of existence; it is not a matter of avoiding the reality in which we live but above all of exposing that reality, which can in its entirety be perceived primarily or merely intuitively. In this respect, Ficko succeeds in creating an almost magical interaction with the viewer, evoking a mood and a feeling as well as an impression based on something deeper, as if all time in the painting had been fused and expanded into a shared duration. The feeling is similar to the experience you have when you open a book after many years and its smell, which has remained in your memory forever, is still there. Still just as magical and indescribable, it connects past and present time to another, a kind of cosmic time, which we only feel at rare moments. All the initial impulses for an analytical and meaningful deciphering of the images merge and stop in such time as captured in Ficko’s paintings, to give way to a condensed, almost tangible feeling.

Mitja Ficko (1973, Murska Sobota) gained his master’s degree at the Academy of Fine Arts and Design in Ljubljana. He lives and works in Ljubljana and Leipzig.