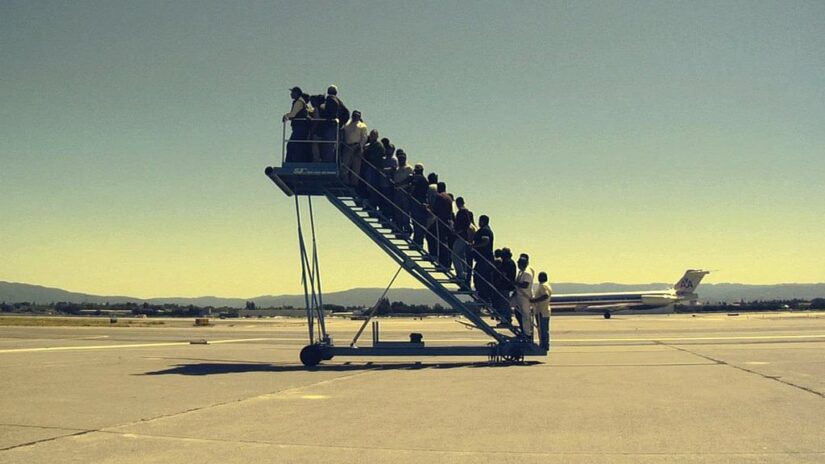 Shame on you! is an interdisciplinary project spanning over four years, produced in concept and programme by the cultural institutions Celeia Institute – Centre for Contemporary Art in Celje (Slovenia) and the Miroslav Kraljević Gallery in Zagreb (Croatia).

The project functions as an artistic and theoretical platform, focused on analysing the affect of shame. As part of the project, and alongside the lectures and presentations, an art residency programme also took place in the period between 2013 and 2015. During their residencies, the invited artists produced  the works that will be shown in the exhibition for the first time. Anna Dašović, Paula Muhr, Aina-Marjatta Mäki and Jaakko Karhunen, as well as Miloš Trakilović were hosted in Celje.

The starting hypothesis of the Shame on you! project is based on the assumption that feeling shame is a symptom that reveals various forms of social inequality since this is in its core a socially conditioned affect. In the process of coming up with the concept for the exhibition, we focused on the area of the economy and its division of labour as it is an essential producer of sociality (through work we enter into relationships and form a variety of social ties). It is worrying that in the contemporary times a singular form of economy is becoming established that is based on massive exploitation of the work force, which presents itself as the only possible social reality that should be adapted to. Theoreticians Julie Graham and Katherine Gibson write that it is precisely the naturalization of the economy, which has established itself in the public space to a totality after the demise of socialism, that has led to a shift from understanding the economy as a field of transformation, or at least as a field which can be communally managed, to exercising the latter as hegemonic formations of governing.[1] The governing of society from the standpoint of the interests of the economy, new production processes and changed forms of labour have a significant impact on social relations, creating new subjectivities and various social classes. As part of the project, we were predominantly interested in what type of working conditions, within situations where neo-liberalism appears as the fundamental discourse, the affect of shame occurs and the relations that it discloses.In doing so, we took into account the mentality of the neo-liberal ideology which spreads awareness that economic and social success depends on our own capacity for action on the labour market and that the individual is solely responsible for his own social status. Tomaž Flajs, Gestalt psychotherapist, stresses that shame is experienced by the individual in an intimate situation as something painful. This experience is inextricably linked with the external environment since by humiliating certain identities or ways of living, society establishes the mechanisms of control, thereby allowing the reproduction of socially acceptable norms.[2] Conformism is therefore essential for the maintenance of shame given that this affect appears as the individual or the community no longer has the ability or wish to adapt to the given norms of reality.

By establishing different relations to the concept of work in the present times, the works presented in the exhibition demonstrate that multiple diverse different identities are not able to adapt to the existing economic reality. The inability to achieve economic independence is experienced as personal guilt and shame.Such an intimate experiencing of one’s own inadequacy or failure significantly contributes to maintaining the system aimed at continuously exploiting the available resources in order to create surplus value. Through the artworks, the exhibition seeks to deconstruct the ideological idea which proposes that the social position in the economic division of labour taken up by the individual is his own fault. It draws attention to systemic violence that does not offer any, or else barely minimal, social security to the individual, yet demands increasingly more impossible ways of working, by which it has a fundamental impact on the reduction of the quality of life.

The works highlight precarity (Luiza Margan), which is, according to recent sociological research, becoming the most widespread present-day form of employment.[3] It is defined by a continuing state of uncertainty and is realized through the manifold forms of irregular working relations. Transnational capitalist action requires a global market and the countries that had in the past ensured at least the minimum social protection of the workforce due to national interests, have been abolishing this minimum security measure and are cooperating in spreading the neo-liberal discourse. The political decision-making system has completely distanced itself from citizens and is taking place separately, independently of the needs and will of the community (Matej Čepin).

The works in the exhibition address the increase of labour migrations (Adrian Paci) and link the exploitation of the labour of the global south to the historical phenomena of state racism, which is still exercised today through invisible mechanisms (Robert Hutinski).

They deal with the consequences of privatizations in rural areas (Vahida Ramujkić, in collaboration with Aviv Kruglanski and Dejan Došljak) and point to the proliferation of the so-called “working poor” (Pleurad Xhafa) in which workers do not earn enough to survive in their paid employment. They expose deviant practices (goodbye letter kept by the Historical Archives Celje) and activist situations that oppose the profitable mode of governing society (Ana Pečar and Oliver Ressler). They disclose capitalist strategies that are used to try and influence political decisions (Libia Castro and Ólafur Olafsson) and cast a doubt in democracy as a form of governance (Ana Nedeljković and Nikola Majdak jr., Staš Kleindeinst).

They wonder what kind of subjectivities are produced by capitalism (Aino-Marjatta Mäki and Jaakko Karhunen) and look for connections between the demands of the economy and an increase in all kinds of mental illness (Paula Muhr).

But they also offer different ways of thinking and living, such as the proposal to step out of the system of labour and into life (Dalibor Bori Zupančič).

A group of artists from the Association of Fine Artists of Celje, together with many colleagues and supporters, presents the proposals for community action and a greener city by changing the gallery into a space for raising awareness and discussion on the problem of the degraded areas and the untapped potentials of the urban area within Celje. The exhibition reveals the results of previous artistic research in the form of live events, installations, documentary material, drafts, sketches, photographs, video, as well as natural materials, relocated from the urban environment into the gallery space. The artistic research concerns topics related to specific city locations that stand out by their topical nature since they are subject to broad civil initiatives, among which four are highlighted in the exhibition – the Kare 9 initiative, the Tree Park initiative, the Urban Gardening initiative and the Let’s Preserve the Trees initiative. The presented initiatives confront the city with sustainable, continual challenges that involve a miscellaneous use of space that is friendlier to the people and the environment, as well as awareness of the protection of the local tradition. The exhibition plans for a series of activities in its accompanying programme that will take place outside the gallery framework, under the guidance of the members of the Association of Fine Artists of Celje with invited guests.

The need for sustainable development of the city does not only include the environmental aspect, but also economic and social sustainability, which assures the quality of life in the city. This should take into account the contribution of the contemporary art practices that enhance community awareness of the importance of environmental protection and cultural heritage, as well as the protection of natural resources. In pursuing real, sustainable impact within the local community, the artists are acting according to the principles of urban regeneration, social integration and participatory urbanism. The artists appear in the role of co-initiators in establishing communal urban gardening as well as in the conservation and expansion of green areas as an opportunity for sustainable development for the city. They are approaching the debate by means of artistic research covering experimental and educational workshops and campaigns for all ages, by which they are encouraging the exchange of experience and knowledge of all participants. In this way, they are contributing to the identification of the needs and potentials of the urban area and its inhabitants, as well as encouraging a quest for solutions in the broader context of the city by actively advocating changes in the public space. The objective is for the community to organize itself as a civil initiative that addresses a large untapped potential and for the residents and users to become actively involved in the sustainable development of the city of Celje. Certain proposals have already come to life among the citizens, and numerous individuals and associations have already joined the existing initiatives.

The exhibition deals with the life lived in the city of Celje as a network of interconnections within which artistic creation is only one of the sensitive layers among all the others. With this awareness, the exhibition offers a reflection on the local urban environment, which concerns ecology in its broader sense of connectivity within the community.

The project was supported by: Ministry of Culture of the Republic of Slovenia, Municipality of Celje, Okolje Consulting and KOB David Koželj.