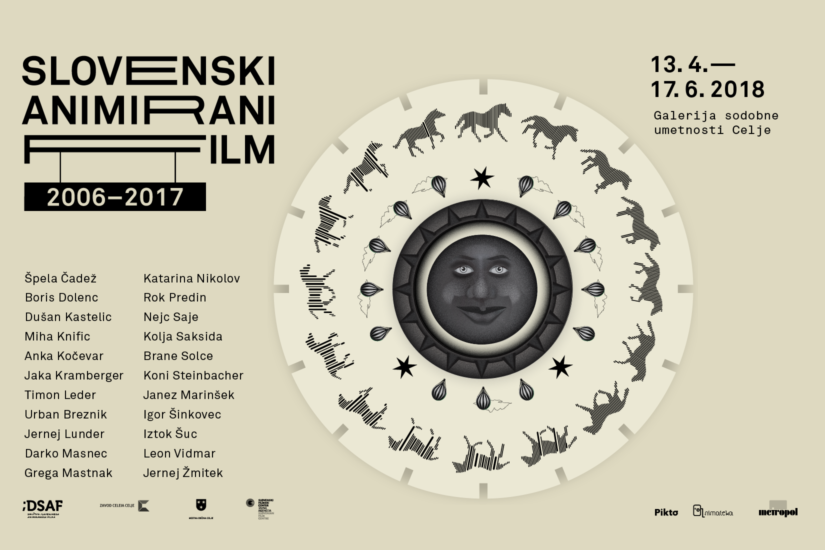 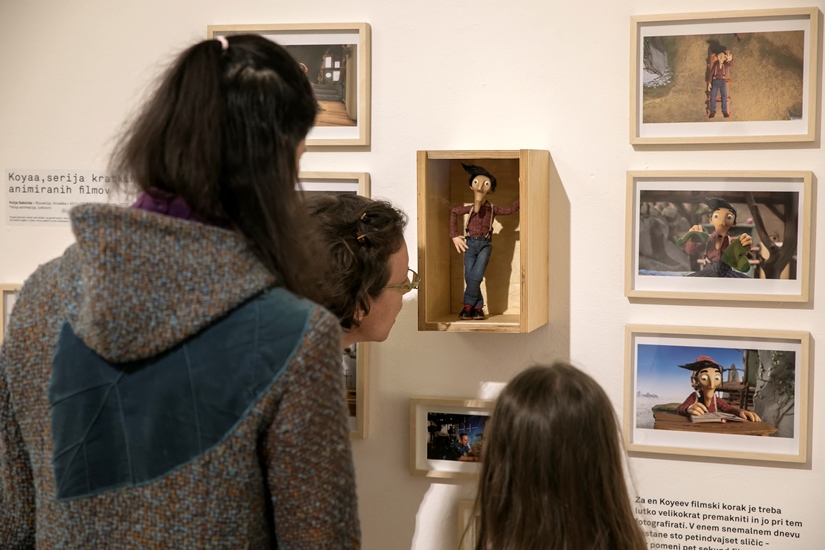 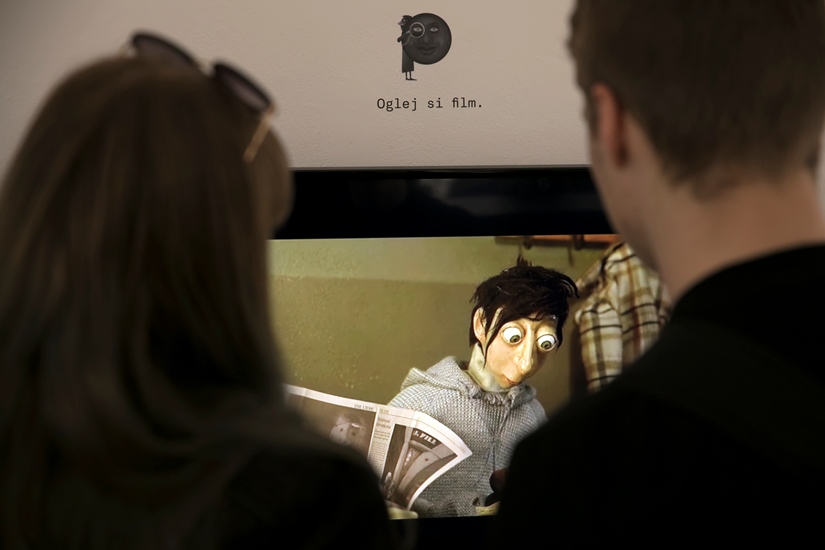 Film animation – from the big screen to the gallery!

In 2006, the development of Slovenian comic strip and animated film over previous ten years was featured in an exhibition organised by the Celje Centre for Contemporary Arts. The quantity of contemporary Slovenian production has since increased to the point when joint presentations of the two art genres are no longer possible. Which is just as well; comic strip and animated film are indeed allied, yet also individual fields marked by their own specific laws and internal rules.

From 13 April to 17 June, the space, walls and screens of the Celje Gallery of Contemporary Art are showcasing the works of as many as 21 Slovenian authors. Unfortunately, the most experimental Slovenian author, Mitja Manček, had to reject his participation in the exhibition and review for personal reasons. On display are preparatory sketches and drawings, storyboards, original puppets, cut-outs and parts of scenery for puppet and collage animations, as well as digital printouts from 2D and 3D computer animated films. The exhibition also provides a “behind the scenes” glimpse of the process of making animated films, and host animated film workshops.

Alongside the exhibition, the 2nd Slovenian Animated film Review was held in Metropol Cinema, Celje on 13 and 14 April, showing more than 60 Slovenian animated films made in the period from 2014 to 2017. A decade ago, such a number would have been unthinkable. It is undoubtedly promising for future development that quality has been particularly on the rise alongside quantity, thus ranking Slovenian animated film alongside the global contemporary production.

Having been granted some institutional development guidelines in the 1950’s, Slovenian animated film is now experiencing a rebirth. Production has been growing from year to year, annual triumphs at international festivals being distributed almost equally between original and engaging stories targeting children’s audiences and short animations for adults. From its very beginning, the history of Slovenian animated film is a history that was dominated by individual filmmakers in certain periods of time. Saša Dobrila, the pioneer of Slovenian animation, who at the beginning of the 1950’s set the foundations (quite literally, since the first improvised animation studio was set up within Triglav film under his baton) and thoroughly infected his young colleagues with the desire for animation, nowadays couldn’t possibly believe his eyes if he saw the diverse and top-quality current Slovenian production. The authors who pursue the art of animation at the beginning of the 21st century have been writing one of the brightest and most unique stories in the history of Slovenian cinema. The specificity of our region is diverse production houses – Finta, Bugbrain, Invida, Zvvviks, Ozor, Strup – which were established by the authors themselves. In recent years, animations have been indirectly making its way into study programmes of Universities in Nova Gorica and Ljubljana, and there has also been a growing number of animation workshops to chose from, both for children and adults.

Beyond doubt, Slovenian production could not have professionalised to this extent, were it not for institutional support. Regular calls for applications issued by the Slovenian Film Centre and the National TV have created the basis for studios to be able to survive and helped prevent for the major part of talented young hopefuls to move abroad, which is what Darko Masnec and Rok Predin did. The former successfully completed his animation studies at the Zagreb Academy of Fine Arts, where he then stayed and found a job, and the latter became successful in London where he started to work for one of the most dynamic animation studios. Fortunately, Špela Čadež returned home after successfully completing her studies in Germany and established her own studio where she works with a small team of excellent artists. Her animated film Boles (2013) is a milestone both in terms of international visibility and in terms of the amount of funding contributed by the Slovenian Film Centre. Her latest film Nighthawk (2016) illustrates her transition from puppet animation to a new technique. The multiplane animation table that was used by Erič and Čoh to make shots for the first and so far only Slovenian feature animated film Socialisation of a Bull (1998) has been also experiencing its rebirth. Becoming redundant at the national television, the table was transferred to Čadež’s newly established studio. She transformed it to fit her needs for making collage animation, and will, that I am sure about, long continue to use it for making her original art films. The baton to continue the tradition of puppet animation for adults was passed on to Leon Vidmar. Having been assistant animator and learning from Čadež in the making of Boles, he then applied the acquired knowledge successfully into making his debut film Farewell (2016), with which he experienced his first successful festival appearances.

Animations by Dušan Kastelic are no less original than those by Špela Čadež. Making 3D computer animations and making his films entirely by himself (except for sound and music), Kastelic requires more time to produce a film than authors working in other techniques. Made almost a decade after his animated dramatization of Mlakar’s Čikorija an’ kafe (2008), his latest film The Box (2017) again surfaced the author’s unique technical approach, which this time he supplemented with a socially critical emphasis.

In recent years, the area of animated films for children has become better represented and more diverse. Despite the fact that we still don’t have a mechanism to finance animation series, both Kolja Saksida in puppet animation and Grega Mastnak in 2D computer   animation have successfully tackled the development and made a series of episodes for Koyaa and Prince Ki-Ki-Do, thus showing that no obstacle is too great when working on a project with global potential. Animation series, short original animations and purpose-made animations are also developed and produced efficiently by the Škofja Loka based Invida, the biggest and most diverse animation studio in Slovenia. This is also where Timon Leder, one of the most talented young authors, produced his debut animation, Weasel (2016). As well as working on his own projects, Leder also works as animator for others, runs animation workshops and lectures animated film (and so does Kolja Saksida) at the School of Arts, University of Nova Gorica.

Let me end this introductory text by using the words of the first Slovenian superhero, Martin Krpan (2017), who has undergone his 2D computer animation rendition under the baton of director Nejc Saje, which happened exactly 100 years after the release of the first original Slovenian picture book (written by Fran Levstik, illustrated by Hinko Smrekar): “If a Brdavs or someone else should drop by again, you shall know where to find Vrh pri Sveti Trojici. I shall well give your regards to its people and Madam Mayor. Wishing you all good health!