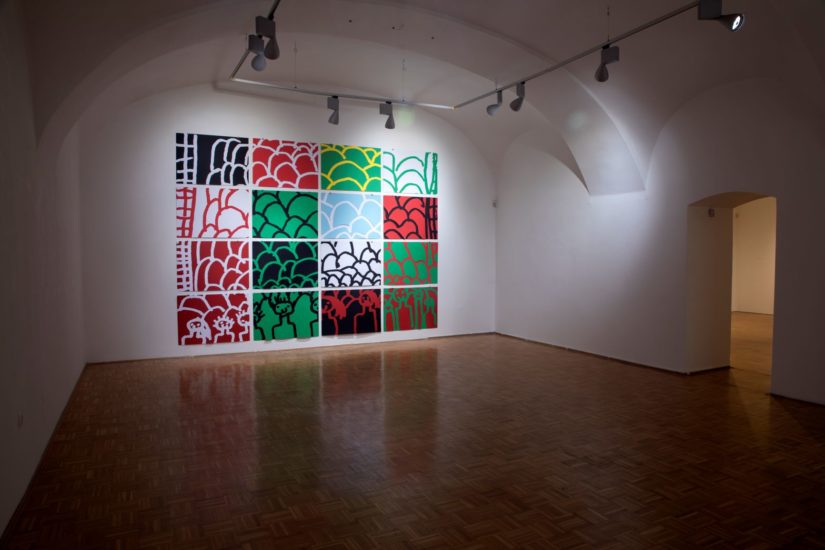 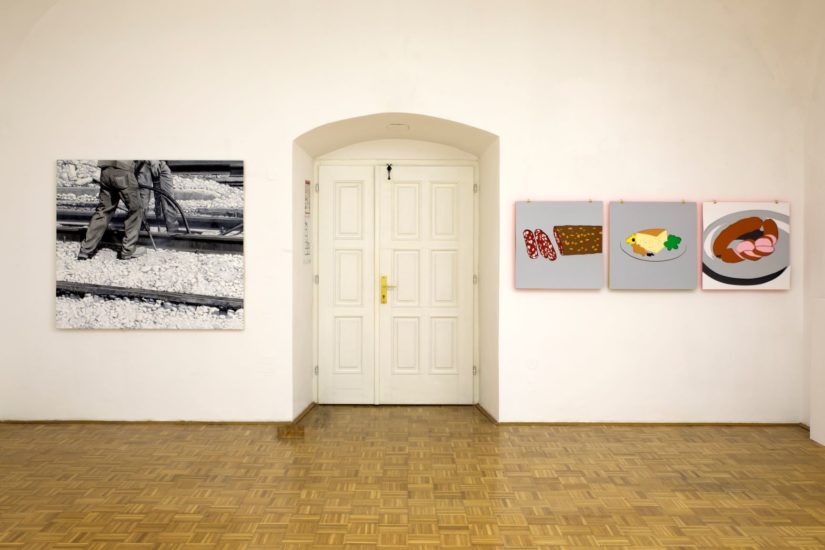 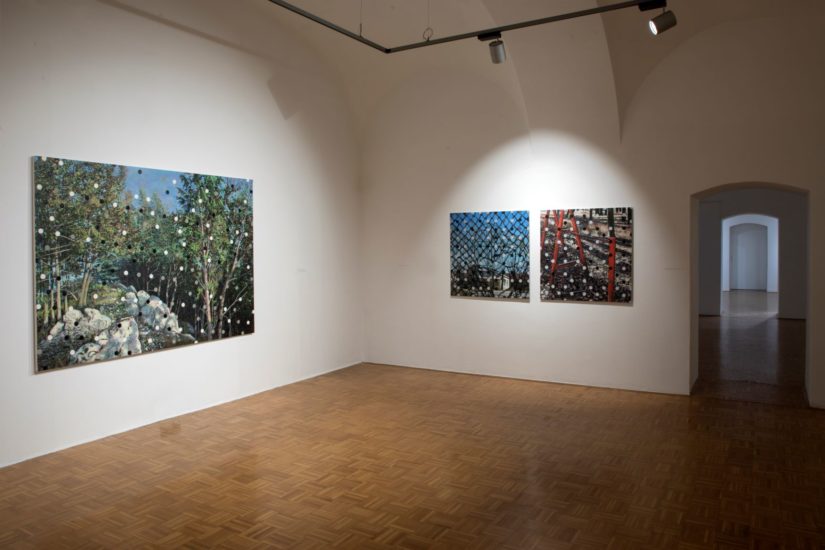 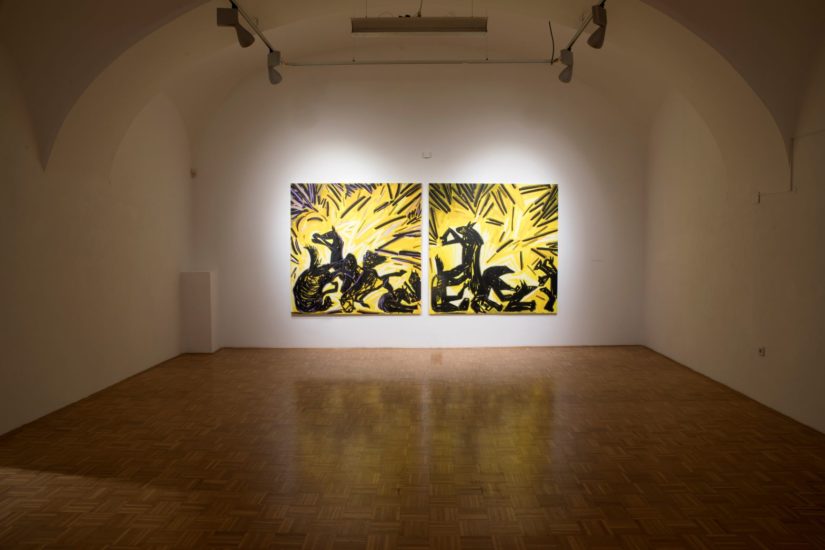 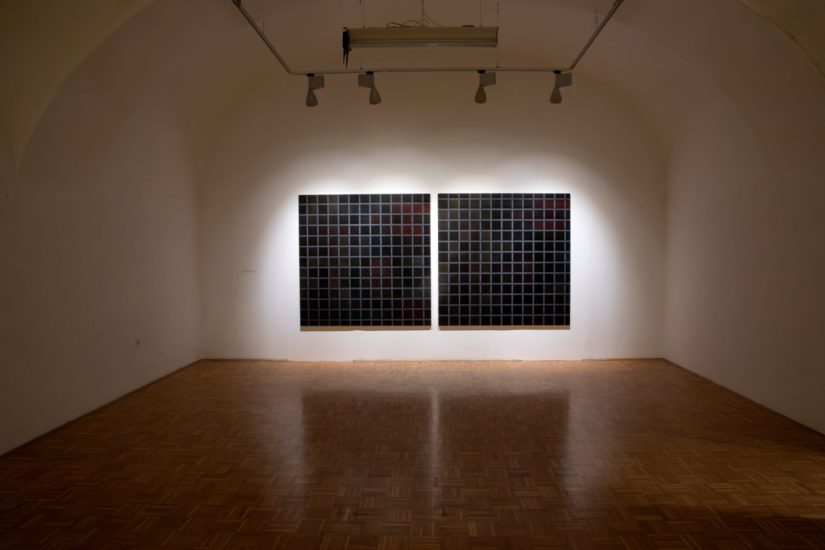 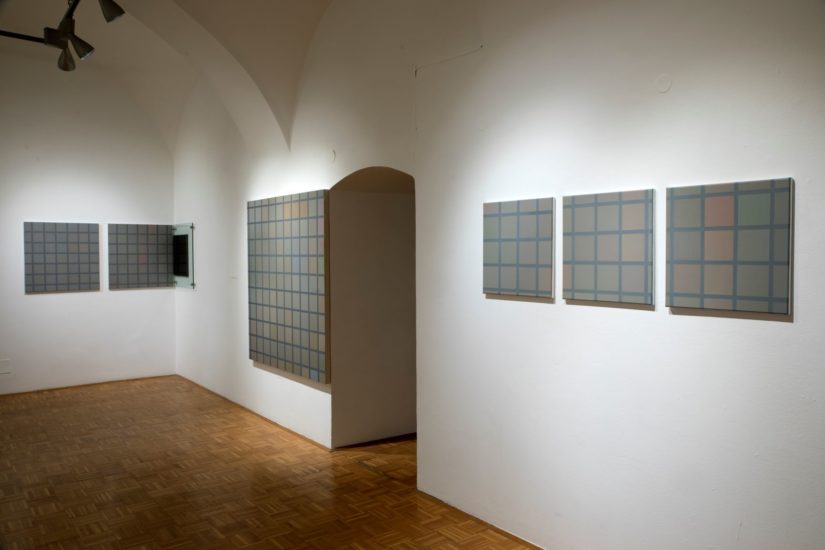 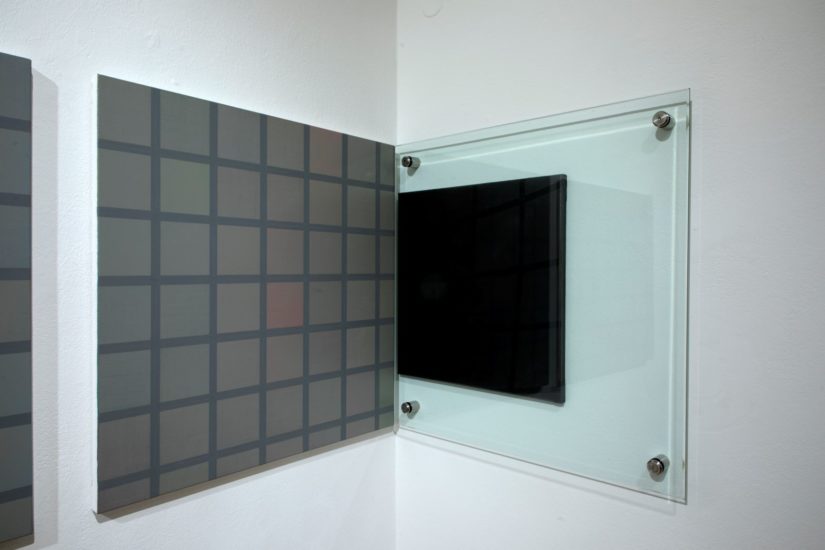 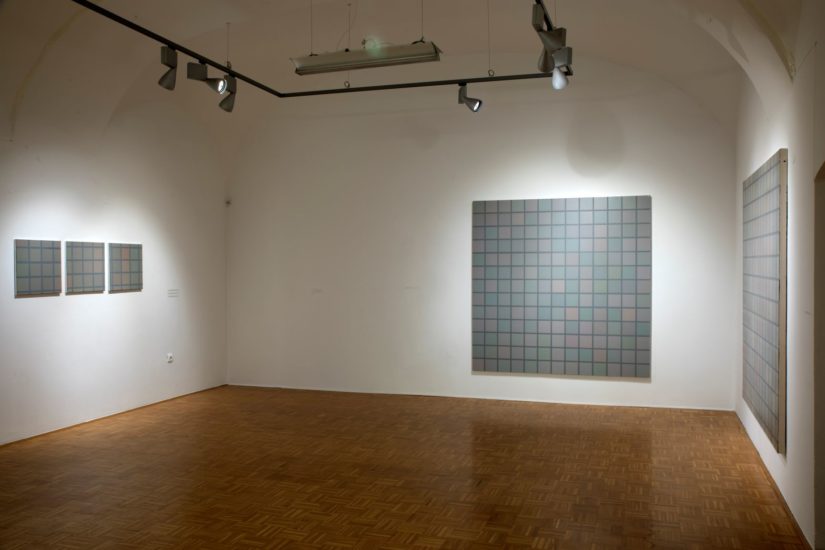 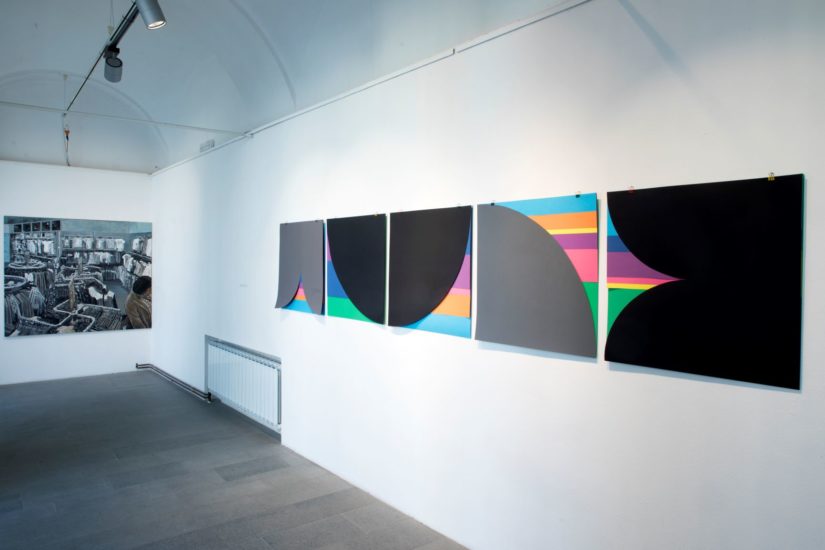 There are two main features in the creative practice of Uroš Potočnik: reference to social reality and application of various formal solutions, techniques and methods. The guideline, to portray reality with the means of painting as objectively as possible, has been present in his work ever since he began to exhibit. After 2014, the critical emphasis in the works deepens and forms a comprehensive and complex image of modernity, engaged commentary on the effects of neoliberalism, individualism and the atomisation of society, reflection of currents and anomalies, instability as well as a radical departure from the humanistic vision of development towards a better society.

A look into the contemporary social situation of exploitation, devaluation of workers’ rights, degradation of fundamental human rights, political and media manipulation, incitement of intolerance and hostility, deepening of social and economic inequality is conveyed by Potočnik directly or with the open painting that guides the observer only by its suggestive title or insight into the process of creating the work, by the individual paintings or series of paintings, and his typical grouping of works into a mutual dialogue, which allows for a range of additional meanings, associations and interpretations.

In his formal solutions, he also transitions seamlessly between completely opposite pictorial formulations, from realistic precision, gestures of fast strokes and pure colours, to restrained and neat geometric abstraction. He conveys the depth of the painting, not merely with illusion, but also actually, like with the cut-outs, by placing sheets into layers, or else remains on the surface of the uniform colour planes. In places, he makes reference to artists and artworks from the past, or involves children and computer programs in the creative process. The works range from small formats to monumental dimensions, from standalone units to composite compositions, which he expands arbitrarily in different directions. The creative process, technique and formal solution is usually chosen by Potočnik according to the topic, or, the opposite, the content is shaped by the formal research itself.

With Speed, the exhibition at hand, Potočnik presents the cross-section of his creative period from 2014 to the present.

The works include the painting The Workers (2) (2016), a re-actualisation of the message of the painting The Stone Breakers by Gustav Courbet, created back in 1849; the abstracted set-up of The Colours of Fear (2016), in which a small-scale drawing, based on a photograph of a crowd of refugees in the middle of an area of conflict, was made by a child, which Potočnik magnified, dividing its uniform stream into a grid of a monumentally composed composition, in which the colour of each separate unit of sheets in layers adopts the colours of the flags of the Arab countries dominated by the Muslim religion; the series of paintings Divertere (Disfocus) (2016–2019), in which the patterns of circles cover the foreground and as catchers of the gaze, in more or less saturated ways, disturb the view of parts of the landscape, encroachments into the landscapes and the actual state of the damaged and abandoned objects; the piece HORSES, Repeat, Small Difference (2019), which is composed of two expressive paintings with the same motif but a small difference in execution based on children’s drawings; the set-up Changing Colour 1 and 2 (Black), Repeat, Small Difference (2019), which, on the contrary, takes leave of the mimetic and emotional and goes into geometric abstraction, the cognitive and systematic; the series of paintings Changing Colour (2018–2019), under whose grey-coloured glaze layers hide the colour planes determined by an algorithm taken from advertisements and arranged into a solid grid composition; the abstract composition Social Structure – Homage to Ellsworth Kelly (2018), a clear commentary on the changing social structure, the disappearance of the public sector and the gentrification of a handful of people; and the painting Market (Network) (2018), with which Potočnik concludes the exhibition, re-enters the realistic tradition and eloquently connects the image to the present-day consumer society in which conservatism and far-right ideas are increasingly prevalent.

Exhibition curator: Irena Čerčnik
The exhibition was made possible by: City of Celje