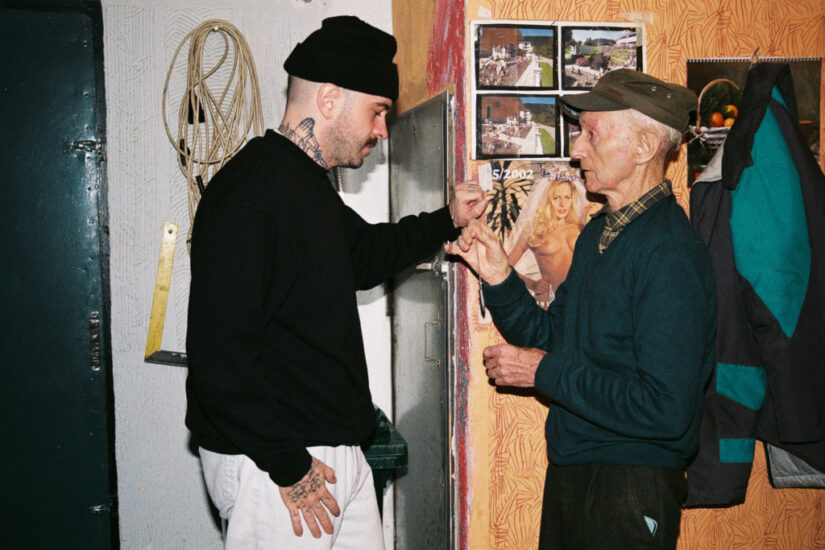 As part of the Celje Fokus festival, Likovni salon presents the exhibition Ritual Purification: The Last Act by Tadej Vaukman, which is primarily dedicated to the self-portrait and self-reflection, as the artist considers life decisions, artistic creation and his own position within society. This existentially conditioned Gesamtkunstwerk, which is changed and complemented with each new gallery set-up, was conceived during a two-month stay in New York City, where Vaukman was confronted by a different cultural setting and his own creative practice.

During his New York residency, Vaukman stumbled upon the artist’s book The Weight of the Earth by David Michael Wojnarowicz in a book shop. Even though he did not know of the artist, his autobiography, based on transcripts of audio recordings, made a strong impression on him. He identified with the depressing atmosphere that permeates the book – Wojnarowicz made recordings of himself in his room, isolated and sick. Based on this, Vaukman created a series of intimate photographs, videos and various interventions that testify to his own Weltschmerz and meaning of existence, as a human being and as an artist.

Tadej Vaukman (1984) is an independent artist, photographer and publisher. In his predominantly photographic creative practice, he often uses raw documentary and street photography, through which he notates current phenomena from the social fringe and the unadorned image of the world here and now. His debut photobook Dick Skinners (2015) takes an autobiographical look at his coexistence in a hybrid skater community, whereas the book Grandheroes (2018) is a visual tale of memory, growing up, confrontation, identification, reflection and transience. In 2019, he was the recipient of the OHO Group Award, which prompted the implementation of his next large-scale autobiographical project entitled Ritual Purification (2020). He lives and works in Ljubljana.