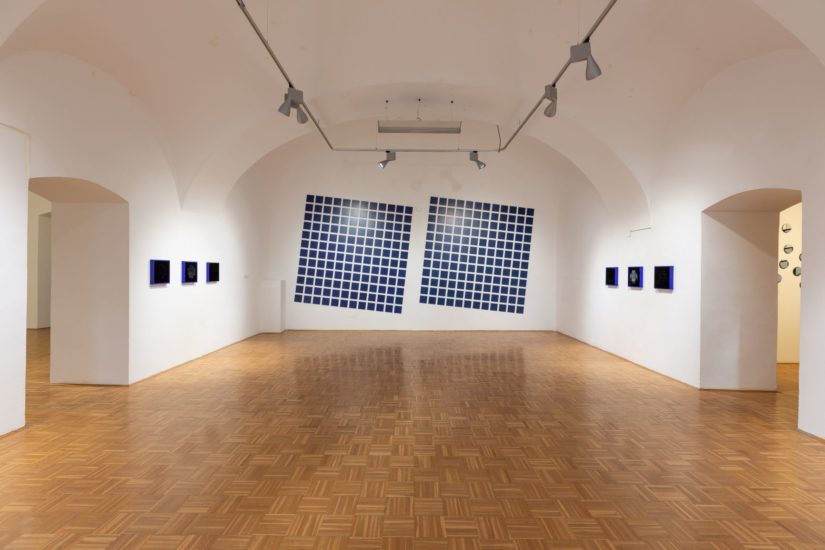 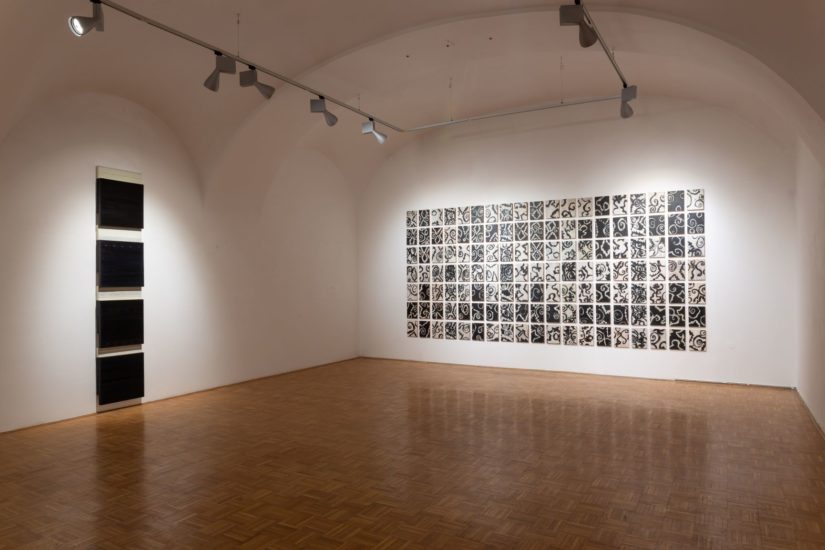 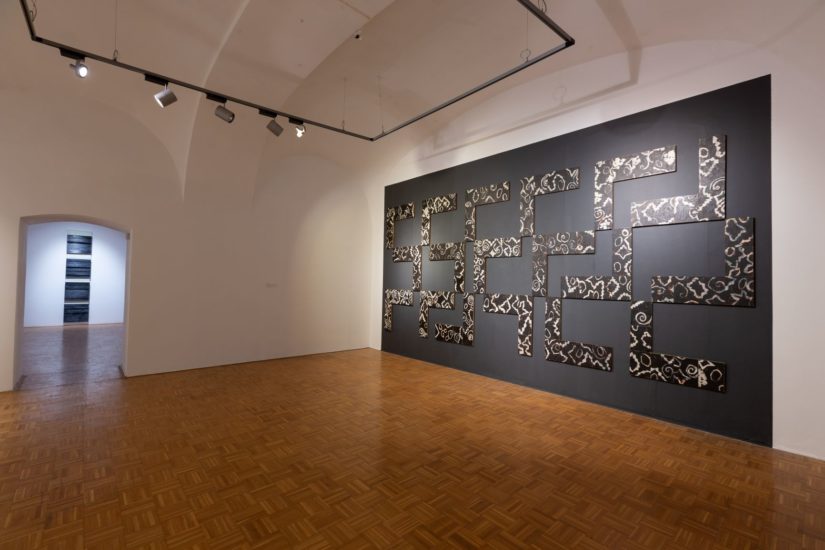 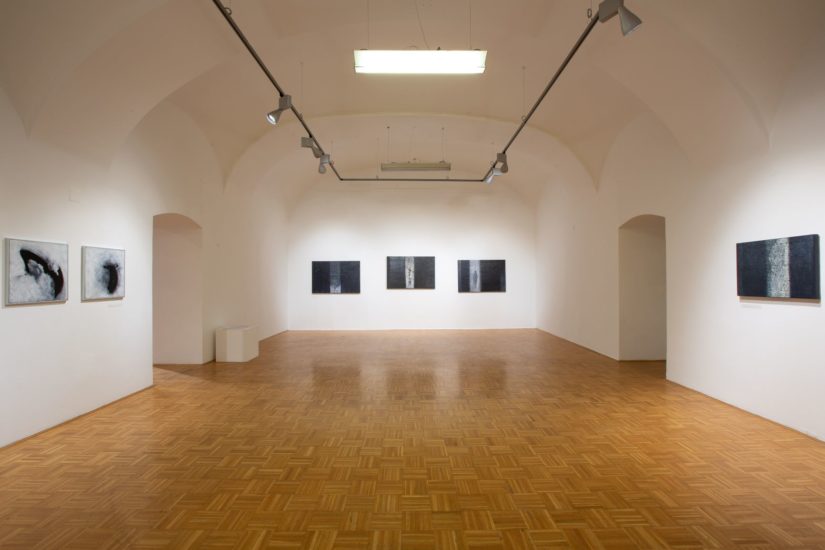 The retrospective exhibition by Jelka Flis in the Gallery of Contemporary Art is the most comprehensive presentation of the work by the artist so far. Jelka Flis has a creative path spanning over thirty years behind her, within which she has created a rich painting oeuvre, distinguished by persistent, continued development of chosen artistic concept along with pictorial virtuosity. Painting represents a large part of her work, which is characterised by repetition, pattern and rhythm. She has developed a specific and characteristic model of large-scale painting, which is, as she emphasises, based on the experience within, in the personal and confessional, where an emphasised monumentality takes on a characteristic appearance. She has indisputably made an indelible mark on Slovenian art with the form of the painting made up into a monumental image from the many units of separate paintings on small-scale two-dimensional supports, which also include the empty in-between spaces of the wall, precisely shaped into grids, rectangles and other geometric shapes. This composite painting – with distinctive links to the symbolic and the archetypal – was developed by the artist in the mid-1990s and significantly contributed to the changes and shifts in painting at that time. Each of its separate units could generally also function as an independent entity (the painter says that she has in this sense always remained faithful to the traditional rectangular painting support), however, her innovative and bold spirit led her to explore always new compositional assemblies and the repetitive formation of the abstract image that invasively occupies new, larger surfaces, until it eventually inhabits the entire surface of the gallery space. Jelka Flis has kept to this way of painting to this day. In the recent years, with the works that have been in the making since 2017, she has added to the principle of the composite painting by creating paintings that are autonomous, independent of the given conditions of the space. These also include painted pieces in which the human figure and reference to social issues make an appearance, unlike the previously abstract way of expressing and exploring questions of a predominantly pictorial nature.

Jelka Flis held her first solo exhibition at the Center for Contemporary Art (CSU), in Likovni salon, in 1987. Her next resounding show took place at the same venue in 1997, and she also presented herself at the CSU with her works later, in two group exhibitions. The concept of the presentation at hand, which focuses on the basic stations of her oeuvre in terms of content and form, is somewhat different from a classical chronological overview. Paintings and painting installations will be on view, which do follow the set-ups of the past, but are also unique, this time executed for the spaces of ​​the Gallery of Contemporary Art. Since the painting set-ups of Jelka Flis were always conceived with a certain venue in mind, they are naturally unrepeatable in their primary execution, which will make their transformation, adaptation to this space particularly interesting. The basic shifts and approaches in her oeuvre are placed in dialogue with selected artists. The painter invited artists Beti Bricelj, Milan Erič and Branko Sever along in order to explore the various modalities of her own painting through a dialogue with them. In this sense, the exhibition is conceived in a double-layered manner. On the one hand, the painter will present herself through a completely independent narrative, on the other hand, she will explore her work in relation to the other artists.

A retrospective catalogue will be published before the closing of the exhibition in February that will include a joint text with the analysis of the painter’s creativity contributed by dr. Nadja Zgonik and dr. Jure Mikuž.

The exhibition is part of the series of retrospective exhibitions through which the Center for Contemporary Art continues to research the creative oeuvres of the artists from Celje or those tied to the city, whose work has left a mark on the local and wider Slovenian arena.